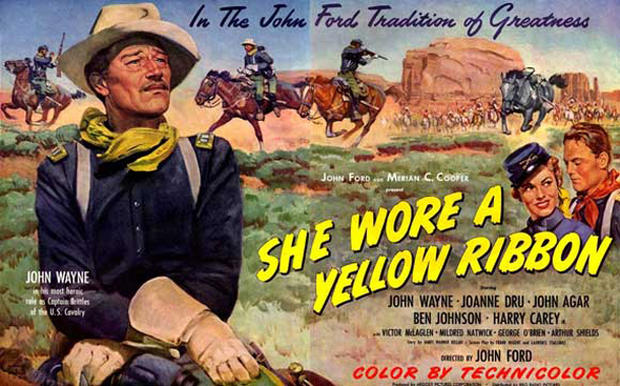 Just one of dozens of films that were filmed in Monument Valley, many directed by John Ford, including Stagecoach and The Searchers. Other films made here include: Easy Rider, Forrest Gump, The Eiger Sanction, 2001: A Space Odyssey, National Lampoon’s Vacation, Thelma & Louise, Mission Impossible 2, and The Lone Ranger. Plus hundreds of TV shows and advertisements.

[On edit: In a remarkable coincidence, Volkswagen has a new commercial that not only features a few clips from Monument Valley, it expresses in a very heartrending way why road trips have always mattered so much to our family. It’s worth watching here: https://www.youtube.com/watch?v=rpq4NXtokNU.]

But what made Monument Valley a special stop for me was not its connection to the film industry, but its unbelievably photogenic quality. So, with a hall pass from Wendy, I set off at 3:00 a.m., drove several hundred miles to Monument Valley (getting lost twice in the process, but that’s another story), paid the $20 to enter the “Navajo Tribal Park,” and spent several hours just taking picture in this magical place. Below are some of my favorites. 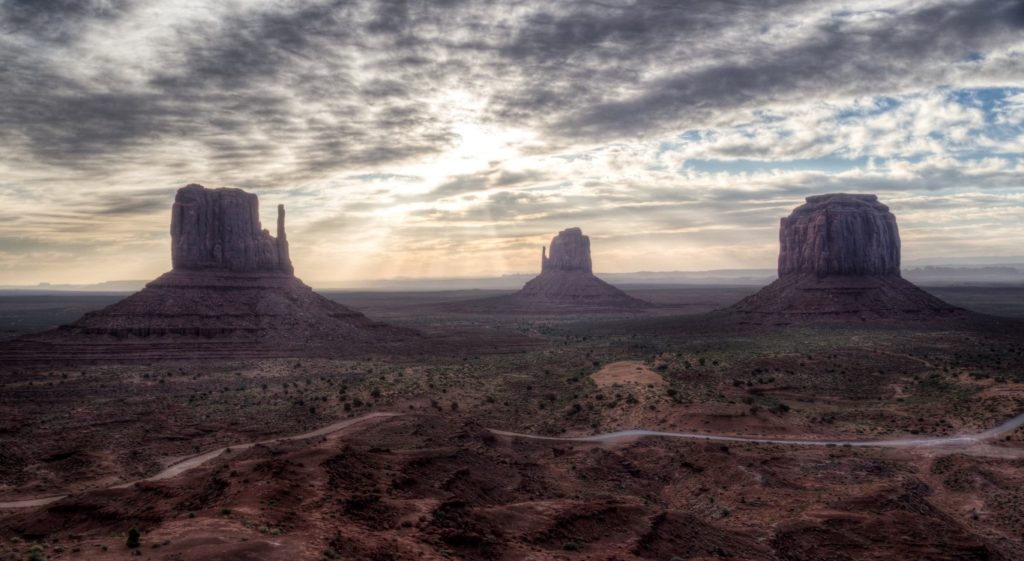 Even though I got lost twice, I still arrived an hour before the drive opened, so I went up to the hotel, had a buffet breakfast, and snagged this picture sitting on the hotel balcony. Visible here are East Mitten and West Mitten (notice the shapes–they do look like mittens) and Merrick Butte. 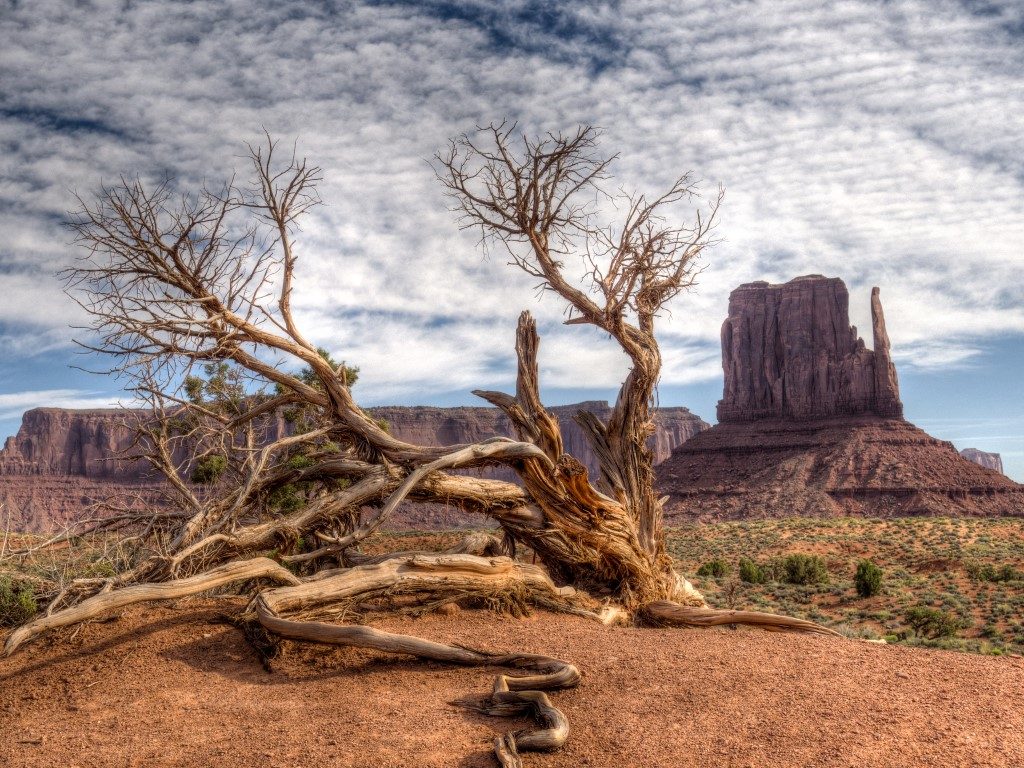 Everything about the area is photogenic, even the dead trees. 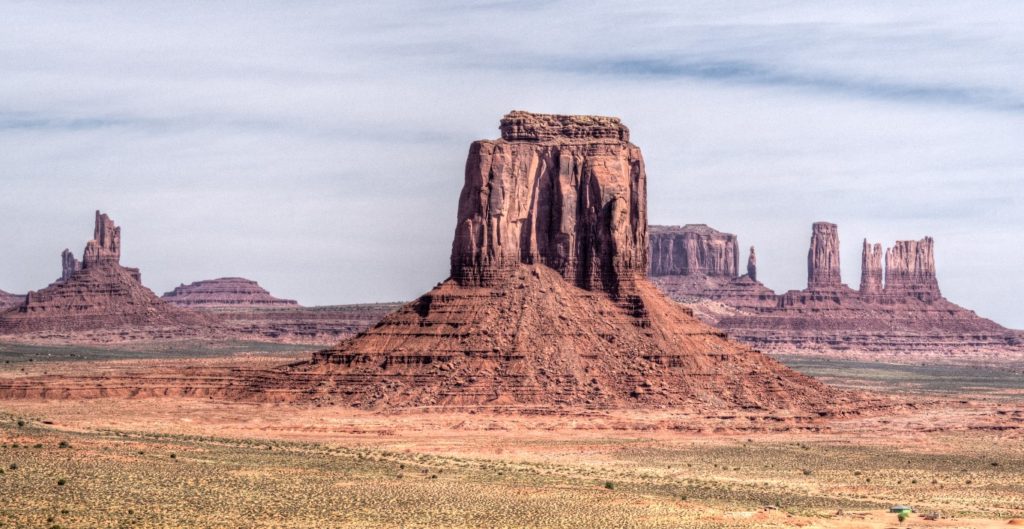 The view from what is called “John Ford Point” because it is the landscape seen in so many Western movies.