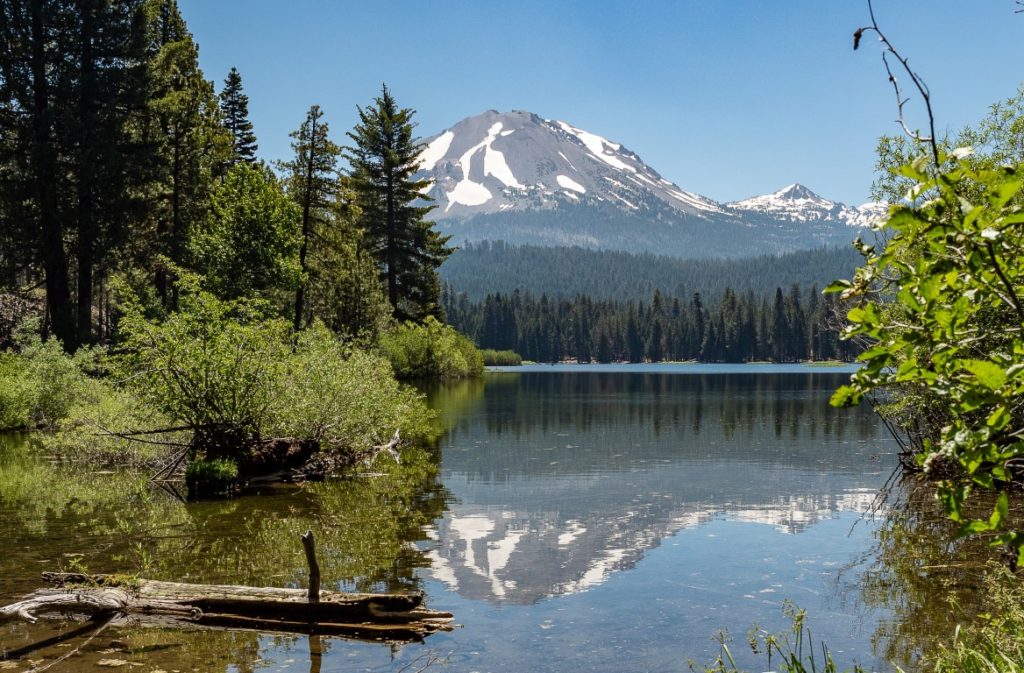 Manzanita Lake, where we were supposed to stay, except that reality got in the way of our plans.

What a pleasant surprise. As we were driving up towards Lassen Volcanic National Park, we realized that we had some chores to tend to, and we couldn’t remember why we were going to Mt. Lassen in the first place. Who goes to Lassen Volcanic National Park anyway? No one that I’ve ever heard of. So we decided to cancel our reservation at the Lassen campground, stay in town where it would be easier to get our chores done, and hit Lassen for an hour or so, just to say we were there.

First of all, the little fall-back KOA campground turned out to be one that had won an award of excellence every year for a couple dozen years. It was really one of the best places we’ve ever stayed.

But the park itself was the big surprise. It was not only stunningly beautiful…

Kings Creek Upper Meadow, where we stopped for a picnic lunch.

…the park memorialized those truth-is-stranger-than-fiction events that we keep running into at national parks. Apparently, there are four kinds of volcanoes (not including a fifth variety that I’ve classified, namely the dreaded “man eating volcano”), and the national park is the only place in the world where all four occur in the same area. And besides that, Mt. Lassen is the largest volcano in the world of the “plug dome” variety. A plug dome volcano erupts with lava that is thick and gooey, so it doesn’t really go anywhere except to make the volcano bigger. Until all hell breaks lose, which has happened a lot to Mt. Lassen in the past few hundred years. Like, for example, this area known as the “Chaos Jumbles.” 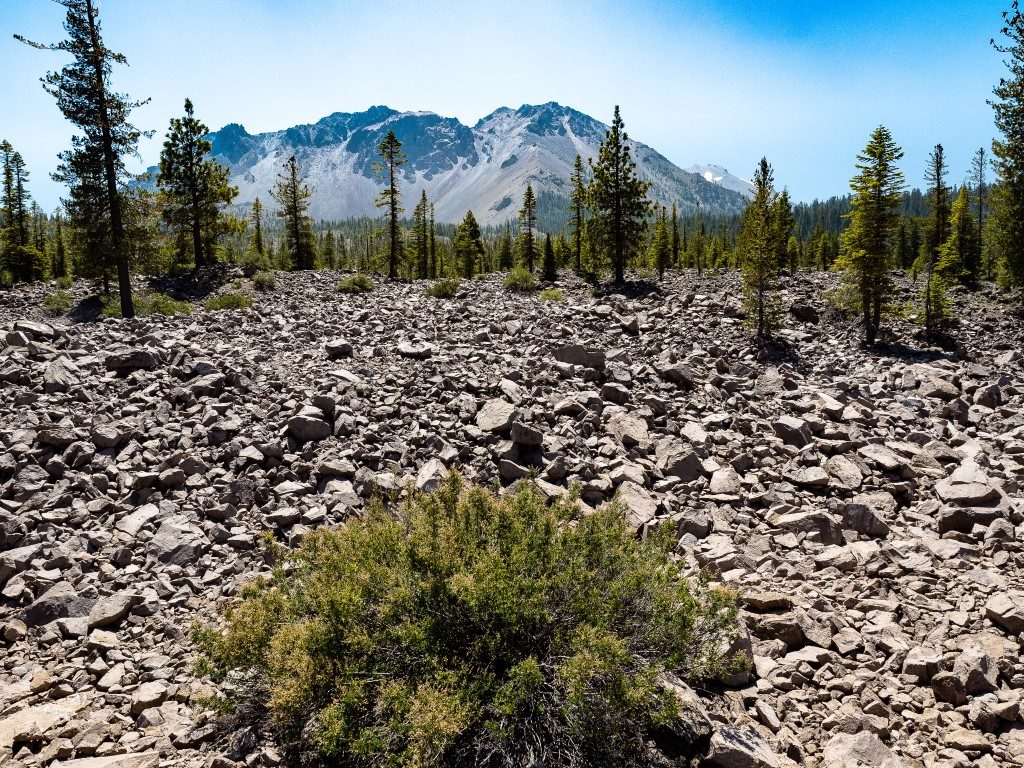 About 300 years ago, the volcanic dome suddenly collapsed, and the rocks broke into little pieces (from a few inches to a few feet across) when they slammed into the ground, and then this pile of rocky rubble raced down the mountain riding on a cushion of trapped air. Seriously? Trapped air? Imagine air hockey played with a couple billion tons of rock racing at you at 100 miles per hour.

Then again, on May 22, 1915. Mt. Lassen literally blew its top and sent a wave of rocks, lava, and poisonous gases down the mountain, destroying everything in its path, but seemingly stopping short in places for no good reason. 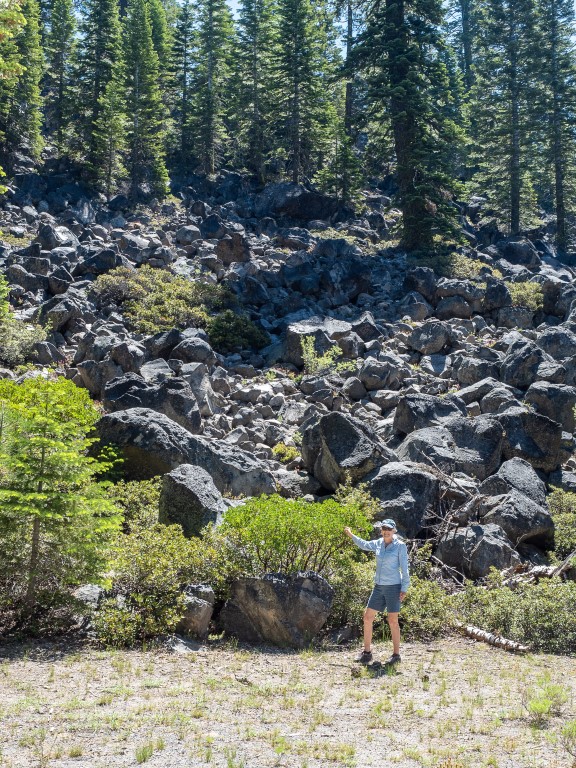 Nobles’ Trail, where a wave of boulders suddenly came to stop, right before they would have smooshed Wendy in her tracks, had she been there, which she wasn’t.

Scientists are studying Mt. Lassen because it foretells what we can expect from the process of natural recovery at Mt. St. Helens. But to me Mt. Lassen was interesting because volcanoes, earthquakes, and shifting tectonic plates are those sorts of things whose destructive power is, in a way, well, interesting. It’s like those videos of lava flowing over highways and into people’s swimming pools in Hawaii. (I don’t do the stupid apostrophe thing.) Or, I’m really interested in what happens if there’s a shift in the Cascadia Fault and a giant lahar wipes out Seattle. (Like as is described in this article, “The Really Big One.“) Anyway, for the perverse appeal of nature’s destructive power, it’s hard to beat the Mt. Lassen area.

So, it was a great day and we wish we could have stayed longer. But Crater Lake, and a link-up with Robert and family, is next.