For the umpteenth time in the past three decades, we find ourselves back at the Fort Wilderness campground. And once again, here we are without any youngsters at a destination that is seemingly not conceived for unaccompanied old coots like us. So, what gives?

Part of the answer lies in our appreciation for the Disney commitment to excellence, something I’ve noted numerous times before. It is a refreshing break from modern tolerance of mediocrity to be somewhere where there is a singular driving force to do everything as well as it can be done.

And this instance of our recurring migration had a special objective: a visit to Disney’s Animal Kingdom. What a place, even though we missed out on the one attraction we most wanted to experience: the Kilimanjaro Safari. It’s a weird story, but apparently the animals have free reign in the area where the tour meanders along, and Disney shuts down the excursion when the animals have congregated on the roadway along the designated route. At our scheduled time, several ostriches, of all things, had parked themselves along the pathway and, after an hour of waiting for those improbable but stubborn creatures to move on, the authorities decided the situation was hopeless, cancelled the ride, and gave us all bonus coupons good for priority admission to any attraction in any park. Not useful for us, but a nice gesture, even though it symbolized the perfect irony of the Disney empire thwarted by a cartoonish bird.

Even still, the Wild Animal Park provided a wonderful experience. The Lion King musical was as good as anything one would see on Broadway, and the encounters with the animals occurred in habitats that seemed strikingly natural and not at all “zoo-ish.” 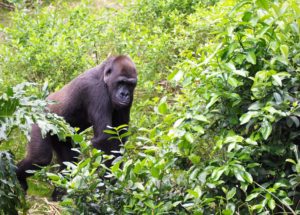 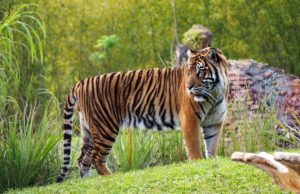 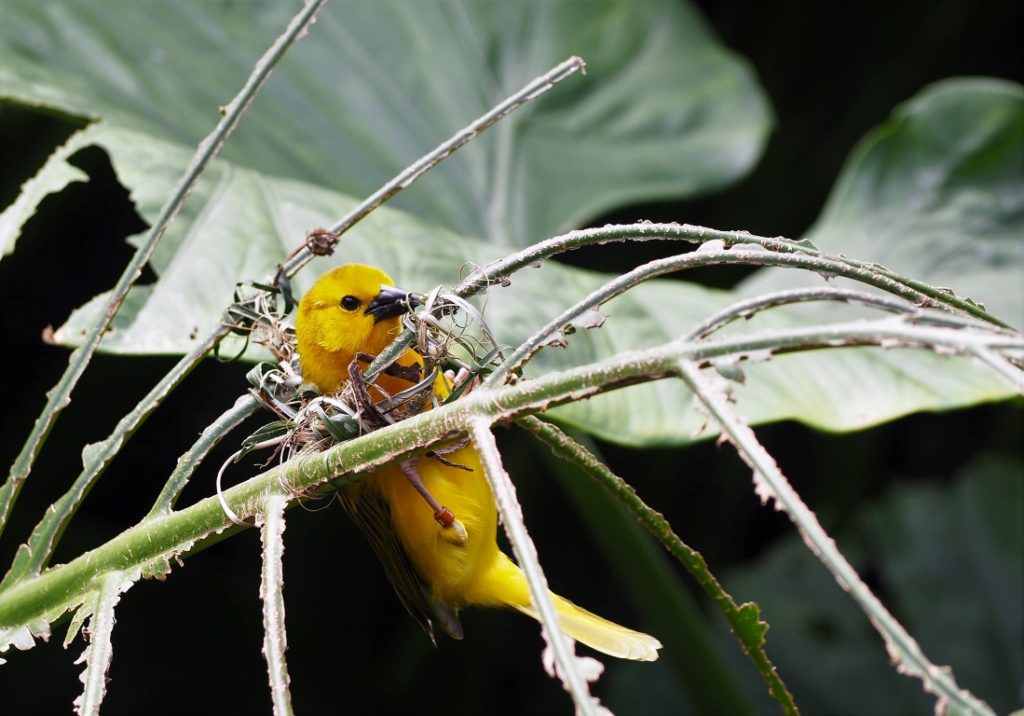 There are too many pictures to post them all here, but these pictures of a Lowland Gorilla and a Sumatran Tiger (the smallest of all tigers at “only” 200-300 pounds) illustrate the point. As does this little weaver finch. I watched as this little guy carefully wove a nest: over the top, under the bottom, around the branch, over and under, over and under, again and again. Just like a human weaving a basket, except this little rascal is a bird! Who taught the bird to do that?

And I had a chance to do little “photography” in addition to enjoying the park. 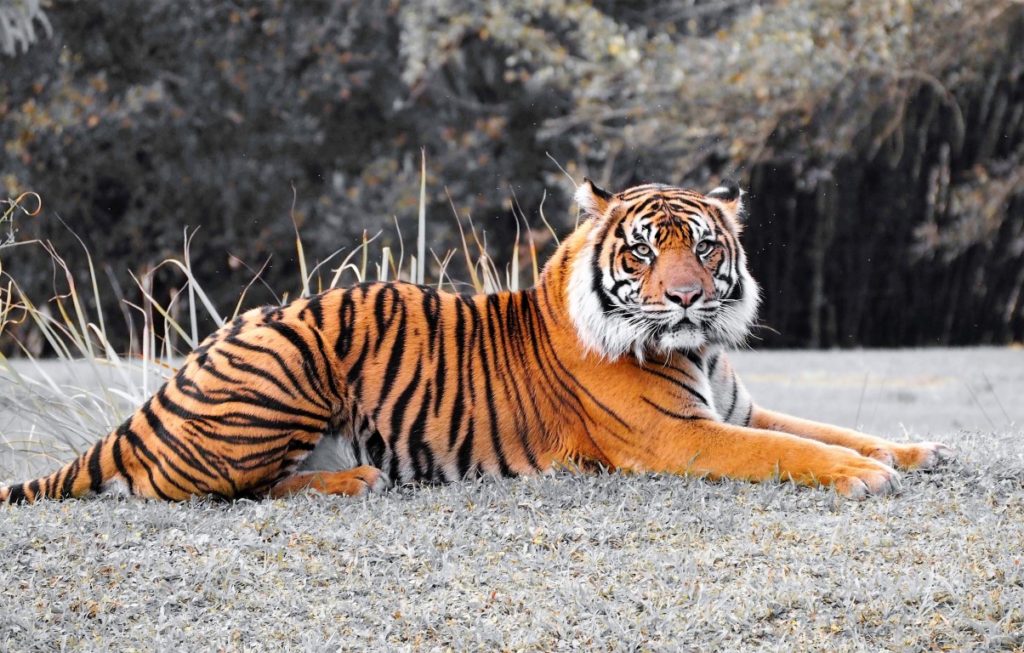 One little bit of creativity that I enjoy involves using a special in-camera filter to grey-out everything but a single selected color. For this shot, I eliminated all colors except for orange. 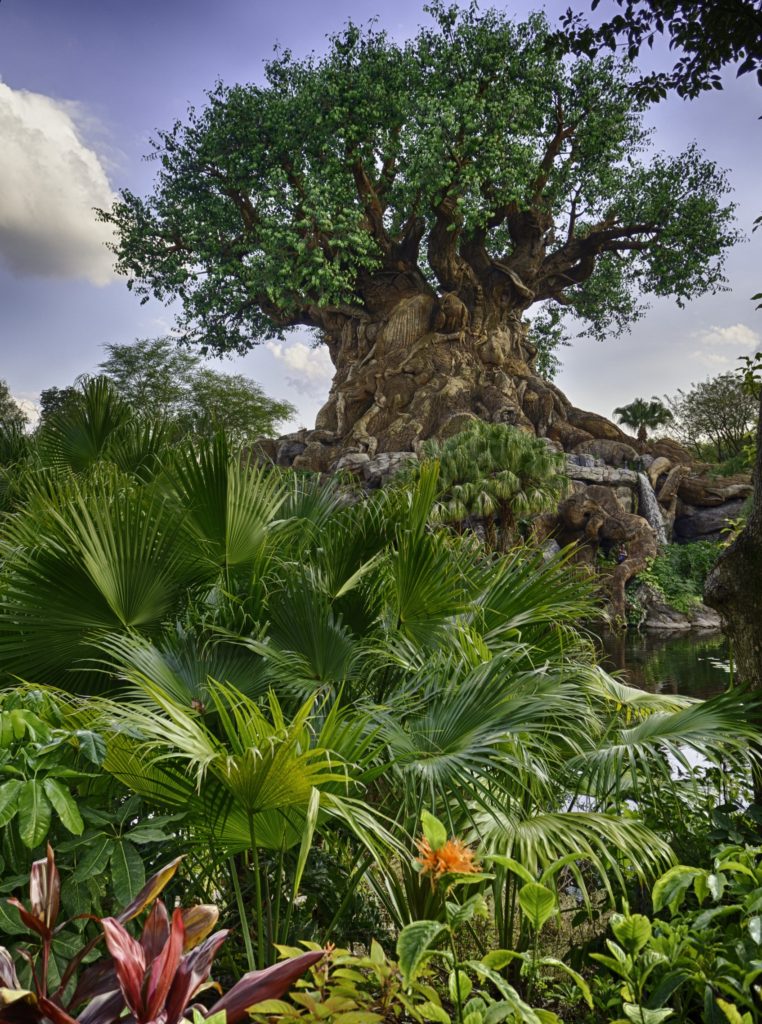 This shot was done by taking three pictures rapidly using three different exposures, then using a computer program to combine them into a single picture, a process known as “high dynamic range” photography. The effect is that the image duplicates what the human eye can see, able to see both bright and dark areas simultaneously, something a camera cannot do without computer processing.

Back to Disney. I guess the one aspect of the Disney experience, and perhaps the one that most compels us to come back year after year, is the way it seems to elevate human nature. I noted in a prior post the comment made by one visitor that impressed me as a perfect summation of my sentiments: “I guess if you’re not happy here, there aren’t a lot of places you’ll ever be happy.” True indeed. Even after the Kilimanjaro Safari frustration of waiting for an hour, only to be turned away unfulfilled, something that one might think would create a flood of nastiness among those waiting in a crowded line, people were funny, and friendly, and good natured, and just adapted and moved on to other things. What if all of life operated thusly?