The “Big Trip” starts tomorrow. Well, it sort of started last weekend with a small trip. As we’ve done several times, we headed over to a Corps of Engineers campground, 5.1 miles away, for a weekend of camping with the Little Darlings. And once again, Cliff joined us with his pop-up. 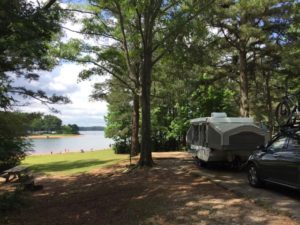 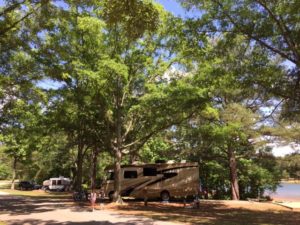 Jennifer’s photo album pretty much tells the story: West Point Lake Camping – 2016. Someday, though, I’ll try to figure out why “The Cousins” (as they call themselves) think that the most enjoyable aspect of camping at the lake is digging “canals” along the shoreline (fitting, perhaps, since we’re at a Corps of Engineers campground?), getting caked in mud in the process. Really? Canals?

So, having said goodbye to the local family, we’re prepared to head out cross-country to see the other part of the family. Outbound, it’s a sixteen-day trip, with stops including Badlands National Park (never been there), Mt. Rushmore (never been there either), Devils Tower, (ditto), and Little Big Horn (ditto again), before arriving for a three-week stay in Olympia, Washington. 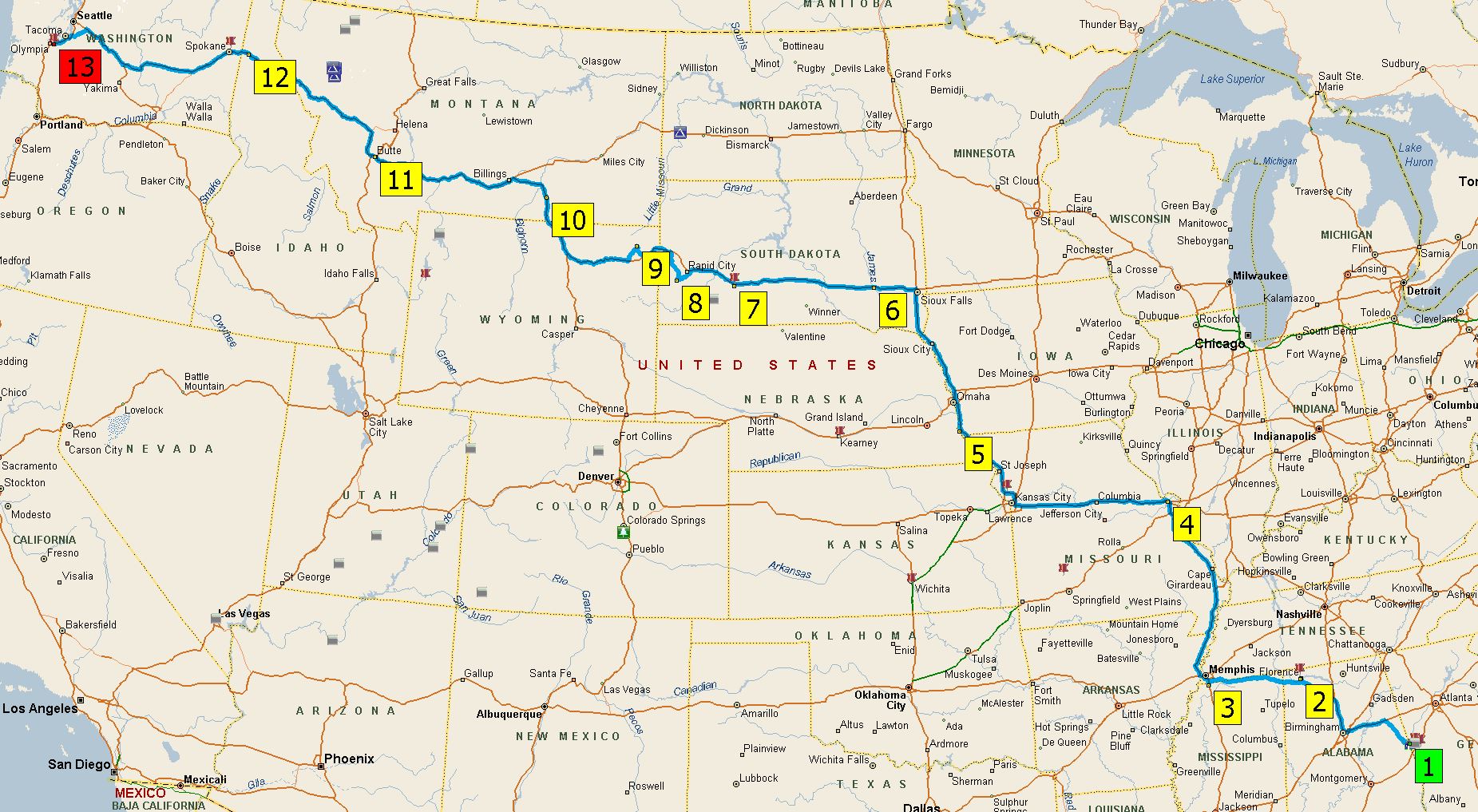 We’ve prepared ourselves for the trip by watching the Ken Burn series on the National Parks, reading Custer and Crazy Horse by Stephen Ambrose, loading Undaunted Courage into our audio player to listen to as we drive out, and reviewing and completing sixteen pages of checklists. Seriously. Eisenhower launched D-Day with fewer checklists and not half so much logistical preparation.

And words can’t convey how excited we are about this trip. Sure, going out to see the new grandbaby is nice, but with eight grandchildren, I mean, who cares? I’m reminded of the Ogden Nash poem, written after the birth of a similar number of his own children: “Is it a girl, or is it the reverse? How should I know? Call the hospital and ask the nurse.” But traveling around the country, seeing as much as we can of the places that are worth seeing, has been a dream of ours for nearly 44 years! It’s what kept us going through decades of a rewarding-but-demanding profession, the exigencies of twenty-five years of child-rearing, and the myriad episodes in the unfolding story of our family.

So, further posts will follow once we complete the hurry-up-and-get-someplace-good phase of the outbound trip, sometime in the next week or so.